Blackface we here is offensive to blacks that are reminded of some sort of latent purgatory that someone suffered in their past lives.

It is however being removed from almost every aspect of life.

For instance there is Robinsons Jam Golliwog

I never really thought of it as an issue…… that said if others are offended by it I guess there is no argument………………..

Among the recent controversies to erupt over blackface is a photo on Virginia Gov. Ralph Northam’s personal page in his medical school yearbook. It depicts one person in blackface and another dressed as a member of the Ku Klux Klan. After initially apologizing for appearing in the photo, the Democratic governor now says he is neither the person in blackface nor the person dressed as a Klansman.
However Northam’s case and others like it play out, it’s important for every American to understand what blackface is and why it’s so offensive.”
If this is offensive and requires retribution…………….I would say that I am offended by this…… which shows the current BBC Director of Creative Diversity dressed as a white face…………….. 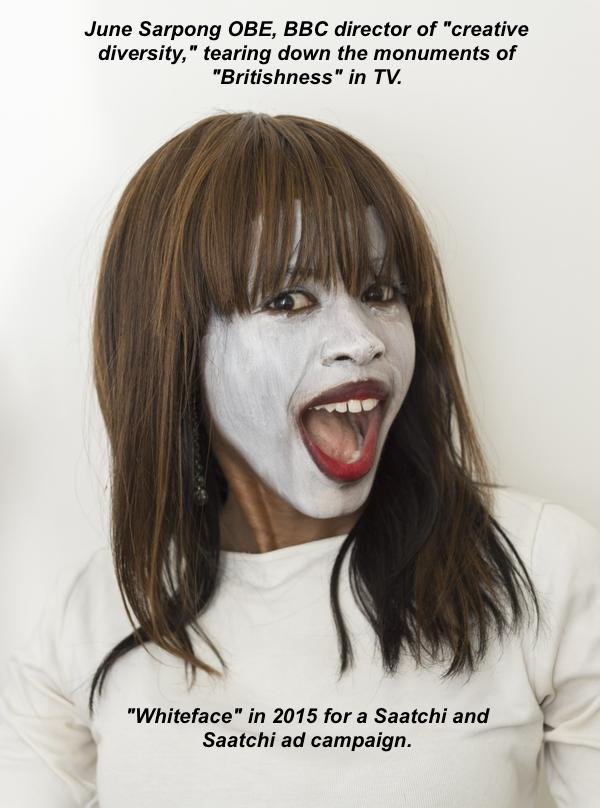 Is it any less racist that that of that Golliwog? or those 1930’s films?