The name was changed when the Chinese objected after it went global in 2020.

TORONTO — Canada’s National Microbiology Laboratory in Winnipeg has a sample of the new coronavirus that is causing infections in a number of countries, most notably Saudi Arabia. May 2013…. more

Then unusual stuff starts……..when they throw out Chinese scientist from the Canadian infectious diseases lab…. more

Dr. Xiangguo Qiu accepting a Governor General’s Innovation Award at Rideau Hall in 2018. She, her husband, Keding Cheng, and an unknown number of her students from China were removed from Canada’s only level-4 lab on July 5 amidst an RCMP investigation into what’s being described as a possible ‘policy breach.’ (CBC) 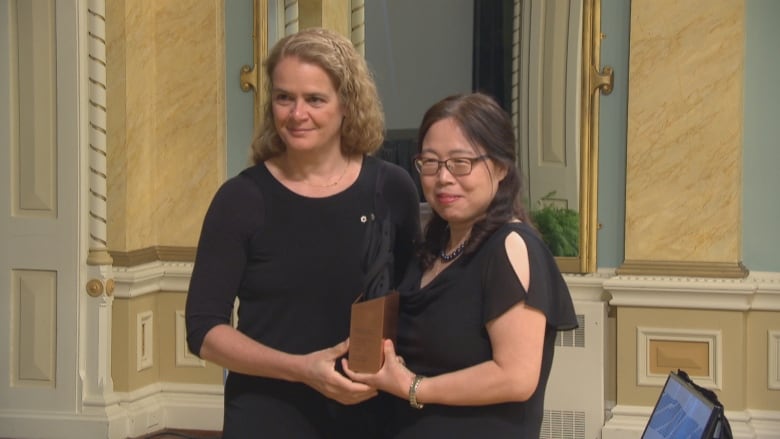 In a very strage turn of events, renowned scientist Frank Plummer who received Saudi SARS Coronavirus sample and was working on Coronavirus (HIV) vaccine in the Winnipeg based Canadian lab from where the virus was smuggled by Chinese Biowarfare agents and weaponized as revealed in GreatGameIndia investigation, has died in mysterious conditions. Frank Plummer was the key to the Chinese Biological Espionage case at Winnipeg’s National Microbiology Laboratory…. more

Now lets fast forward to 2019 and first reports of Coronavirus in a food market………..

The Chinese market at the center of the deadly coronavirus outbreak sold live animals — including wolf pups, foxes, rats and peacocks — to eat, according to a new report.

The wild animals were among 112 items that were peddled at the Huanan Seafood Market in the central city of Wuhan, Agence France-Press reported.

Other wildlife sold at the market, which has since been shuttered, included crocodiles, giant salamanders, snakes, porcupines and camel meat.

“Freshly slaughtered, frozen and delivered to your door,” said the price list for the vendor, “Wild Game Animal Husbandry for the Masses.”

The same things they have been selling for a thousand years……. more

But a little known issue is that ……………….. Coronavirus may have actually started in secret Wuhan lab just 280m from wet market       more 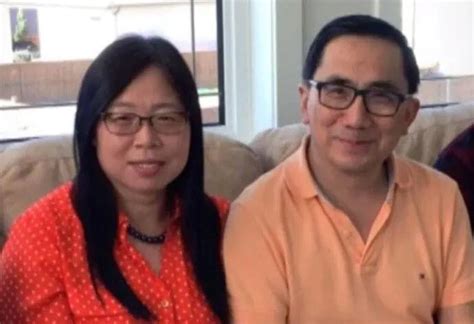 Seen her picture anywhere before???????

Here she is with a scientist called Keding Cheng……. Who just happens to be her husband that was also escorted out of Canada with her!

Qiu is married to Chinese scientist Keding Cheng, a bacteriologist who shifted to virology and who is also affiliated with the NML. Qiu maintains a close bond with China and visits frequently, and many Chinese students from a notable range of Chinese scientific facilities have joined her at the NML over the past decade.

Of those facilities, four are believed to be involved in Chinese biological weapons development. They are:

This lab is a few hundred meters from the Wuhan Market………..

As if this was not enough about this nasty episode it actually gets worse… much worse.

Just what was this lab actually working on?

There is a technique called……..

“Gain of Function” which is banned in most of the world………

Over at Vox, Kelsey Piper concludes that gain-of-function research in contagious viruses is probably too dangerous to continue:

The cost-benefit analysis for pathogens that might kill the people exposed or a handful of others is vastly different from the cost-benefit analysis for pathogens that could cause a pandemic — but our current procedures don’t really account for that. As a result, allowing gain-of-function research means running unacceptable risks with millions of lives. It’s high time to rethink that.

Gain-of-function research is when researchers take an existing virus or pathogen and make it more potentially dangerous — either more contagious, more likely to kill a human host, or both.

No doubt some Vox readers will interpret the story as a simple Goofus-and-Gallant lesson in gain-of-function research; the Obama administration put a hold on it, and the Trump administration allowed it to continue.

The increased attention to gain-of-function research is a good thing. This kind of highly controversial research — banned under the Obama administration after safety incidents demonstrated that lab containment is rarely airtight — began again under the Trump administration, and many scientists and public health researchers think it’s a really bad idea. Our brush with the horrors of a pandemic might force us to reconsider the warnings those experts have been sounding for years.

“Gain-of-function” is the euphemism for biological research aimed at increasing the virulence and lethality of pathogens and viruses. GoF research is government funded; its focus is on enhancing the pathogens’ ability to infect different species and to increase their deadly impact as airborne pathogens and viruses. Ostensibly, GoF research is conducted for biodefense purposes.  These experiments, however, are extremely dangerous. Those deadly science-enhanced pathogens can, and do escape into the community where they infect and kill people. What’s more, this line of research  can be used for biological warfare. more

Gain of Function essentially forces a virus to adapt to transmission in unnatural ways to (so the virologists say) preempt a outbreak and to create a vaccine before it becomes viral.

Given that we now, accidentally, have a new virus that will never go away, and like SARS is here for ever, maybe we should ban all Gain of Function tests.

Someone …somewhere…. is responsible for killing 800k people as of today…..

Now the problem with this is that the USA has an involvement in being part of this Virus contributing 7.5 Million to the Wuhan lab.

The Obama administration provided a $3.7 million grant to the Wuhan Institute of Virology in China. more………….

Dr. Anthony Fauci is an adviser to President Donald Trump and something of an American folk hero for his steady, calm leadership during the pandemic crisis. At least one poll shows that Americans trust Fauci more than Trump on the coronavirus pandemic—and few scientists are portrayed on TV by Brad Pitt.

But just last year, the National Institute for Allergy and Infectious Diseases, the organization led by Dr. Fauci, funded scientists at the Wuhan Institute of Virology and other institutions for work on gain-of-function research on bat coronaviruses more……….

Both Bill Gates and Fauci are reported to be invested in this virus!

One thought on “Corona Virus”