So much talk about marijuana these days……

So as prescriptions are so easy to actually get you may conclude that around 85% of the American population can legally use Marijuana. 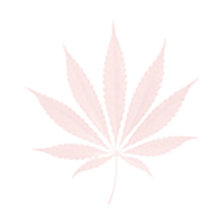 Now can you think of a better way of making someone a slave than the use of it?

Everything you could possibly want in member of society is absent while you have a use of Marijuana…… In fact what you really achieve is dependence on the state….in every way.

Once dependent on the state you are easily pliable to what the state wants.

This is one of probably the most important items that the state is happy to be in control of…….. and assures your vote and compliance. its not by accident…. its by design!

One in every five young adults’ deaths in the US is an opioid overdose, study suggests

Antisocial behavior is another attribute which benefits many sections of government. It allows the police to increase their armament to drastic levels. They can now monitor the cell phones with little or no oversight.Your mail being looked at by the government whenever they chose.

To make an individual anxious perhaps is one of the strongest benefits of the use of Marijuana……. to make them believe there is an enemy within.

What better reason to monitor their rights , introduce more invasive identifications, make more areas off limits to the public….. Its what they want.

With this list of side effects we do not ban it…. we legalize it… which will give more users more dependency on the state.

Now I would ask you again…. What better way to make people slaves to the system than legalizing marijuana……??